Work defines people in a lot of ways. Workaholics or passionate people are especially susceptible to live the job they do.

For the most part, chefs consider their work a crucial part of their identity for both personal and practical reasons. If you’re engaged to a chef — first off, congratulations on the proposal! — you should know that chefs can be particular in some respects. In fact, some aspects of their lives might even be deal-breakers for you.

To that end, we thought it would be helpful to show you a few things you absolutely need to know about chefs.

How hard it is to be a chef

A notion that rarely occurs to people is that chefs’ jobs are pretty damn hard. People unfamiliar with the trade just think of tasty meals and working in a funny hat. Sadly, the job isn’t all that lovely.

Perhaps the biggest obstacle when being married to a chef is their commitment to their restaurant. They often spend holidays toiling away at the kitchen, and sick days are rare for them. Moreover, overtime is pretty standard in the industry. 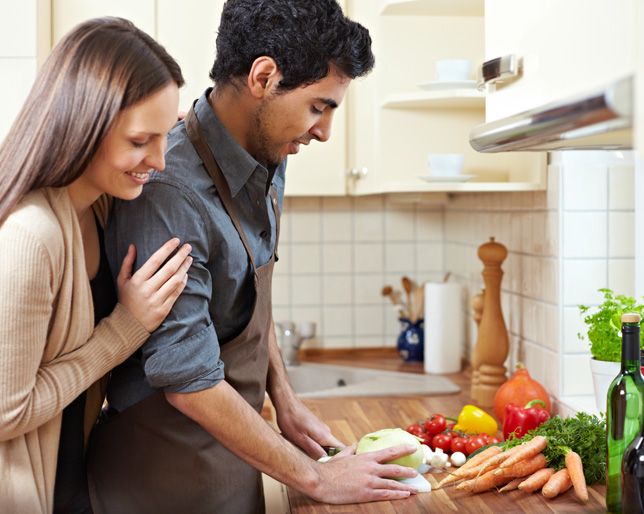 Chefs also do more than just cook. They need to act as butchers, fishmongers, and more. Add a constant worry about health inspection dropping in unannounced, and you have one highly stressed out worker.

This might sound like a professional landscape at a glance. However, chefs are usually glad to take on all these responsibilities. It’s all a part of fulfilling their true passion: the love for cooking.

As such, they will rarely gripe about work or bring tons of negative energy home with them. In fact, they’ll likely be content knowing they’ve spent one more day doing what they were meant to do. Oh, and they’ll probably be a little tired too.

You will be alone most of the time

As we just pointed out, a chef’s job is a massive part of their life. Therefore, they tend to spend god-knows-how-many hours a day at the restaurant.

This will, in all likelihood, leave you two separated often. After all, they’ve got a lot on their plate (if you’ll excuse the pun), and you can’t really follow them around at work or talk over the phone all the time.

This could prove a difficult obstacle for your marriage to overcome. In fact, it may very well be the hardest part to deal with as a chef’s wife. There are periods of time when you hardly see each other, and you might even start thinking this marriage just isn’t worthwhile. Those dreams about your husband cooking at home for you every day kinda fizzled out a little right now, didn’t they?

The key to a successful relationship with a chef is understanding (for both husband and wife). Don’t get too upset or blame him when he has to work on his day off — he’s probably upset enough about it as is. Instead, focus your energy on making the time you do spend together really memorable.

They dream about what they do at work

The physical and emotional impact of working as a chef is greater than a layperson might assume. It’s such an involved job, in fact, that a lot of chefs will dream about their job, mumbling stuff about amuse-bouche or waiters messing up orders and whatnot.

This isn’t a joke — that really happens. Of course, not every chef does it, but it’s a common enough occurrence in the profession for us to talk about it. So if you hear your fiance rambling in his sleep about goulash or something, don’t be surprised.

This is a weird part of having a chef husband, but it’s also an endearing one. Once you get over the hurdle of getting annoyed when he wakes you up, you’ll just find it adorable how he dreams about his work.

Do not call them while in service

While he’s at work (as he so often is), you may feel tempted to call your chef fiance. It’s understandable: you love him and want to share everything with him.

But calling him while he’s working is a bad idea. For one, he’s got a lot to do, so he most likely won’t have the time to talk. Second of all, he could be stressing out from something going on at the workplace. As such, he could be in a sour mood, which could result in a less-than-pleasant talk.

Of course, emergency calls are okay but don’t call him up just to kill time because you’re bored or something. This is why our previous point of making the most of every second you have together is so vital. You can’t get great interactions with your chef hubby when he’s spending time in the kitchen working 100 miles per hour. 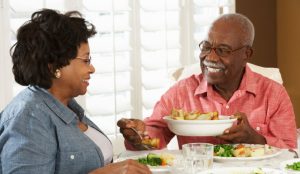 Cooking is an art. Moreover, it’s an exhausting art when you devote your career to it. It isn’t a line of work for the faint of heart. This is why those with the greatest passion (coupled with a practical mind and great determination) persevere in this profession.

As a result, dating a chef means being around a very passionate person. Successful chefs are often driven by their emotions, easy to inspire or annoy. It’s hard for them to rein in what they feel, so don’t expect them to stay quiet when they’re happy, sad, or whatever.

This is one of the better things about being a chef’s wife. When your husband loves, he loves with a deep passion you could hardly find anywhere else. They devote themselves to everything they do, so you can expect them to give their best in everything they do.

Chefs support each other, and good chefs get treated well by wait staff

Speaking of perks enjoyed by chef wives, here’s another big one. When the time comes for the two of you to go on a date, it’ll often be an exquisite time.

You see, chefs are really close to their staff, especially if they’re good leaders. As such, their coworkers are more than willing to provide A+ service when you and your husband come around as customers.

In other words, expect to be treated like royalty. You’ll get the best meals (probably something regular customers can’t even order). You’ll get the best drinks the restaurant has in its arsenal. In these precious moments where the two of you are together, this kind of treatment really makes it even more worth the wait.

5 ways to impress your woman with your cooking